“One Track Mind”: Diverge the track for greater return 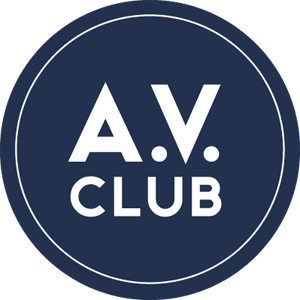 The traditional one advertiser, one media publisher relationship can hinder a campaign both from a content and distribution standpoint. Brands and publishers must think bigger about the content they create in a way that garners engagement, audience, and ultimately, results. Think about how ancillary campaign content created by the sponsoring brands as well as partnering with more than one advertiser, can drive interest and untapped eyeballs.

One Track Mind is a 10-part series, brought to you by Jameson, that pairs an A.V. Club writer with a songwriter they admire for a conversation focused on one specific song. The interview subjects also provide an intimate performance of that song. In addition to being hosted on the A.V. Club, selected episodes of the series will air on IFC over the next couple of months.

The sponsorship by Jameson is a good fit for both brands. Not only because whiskey is known to be a music muse, but also because the brand of Jameson is all about legends and spirit (in both senses) and history and storytelling. However, the relationship between A.V. Club and Jameson seems very traditional in an advertising sense. Jameson receives a quick promo at the start of the videos and their digital ads surround the page along with the “Brought to you by” logo placement.

Legends exist everywhere. Not just as rock stars or famous people. There are legends in all our lives. Jameson could create a campaign that allows visitors to their platforms to raise a glass to their personal legends. Users could write in a tell a story about their legend (or about meeting their idols), which Jameson reviews and curates and then posts. Each is entered to win a grand prize of meeting an A.V. Club featured legend. In this vein, Jameson becomes not simply a sponsor of the series, but a valuable player creating ancillary content that builds both from and onto the awareness of the main series.

Where the rubber meets the road

A.V. Club could have partnered with another (non-competing) brand that highlights the “journey” element of the series. A.V. Club tells us that the performance of the artist will be filmed in an “awesome” place. Bring us along for the ride like the Bing and Jay-Z partnership when he launched his book Decoded in 2010. The location of the pages from the book became as important as the content itself. Bing knew the audience would be engaged and gave them a reason to keep coming back to their site multiple times a day. Bing could have been included in the One Track Mind campaign by releasing fun and legendary facts about the next “awesome” location the A.V. Club would visit and allow visitors to guess the next haunt for a chance to win a trip. What about taking brands like Foursquare or Winnebago along for the legendary ride. All of a sudden, Bing now has a campaign they can support that even goes beyond the A.V. Club, by releasing an eBook of each location with legendary songs you can buy on iTunes recorded in those locations.

The idea of one campaign, one publisher, one brand is too one track, forgive my pun. Brands and publishers must think bigger in order to gain audience and win loyalty. Think where the tracks collide and where they diverge naturally and determine the best ways to increase content opportunities as well as distribution opportunities. I love the One Track Mind series and have enjoyed watching the interviews and the performances. I hope to watch it evolve into something that is more holistically about legends and what makes them.