A gem of an idea: JCK Rock Star 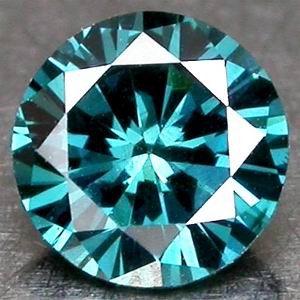 As a former marketing director at a New England based jewelry retail chain and as an avid watcher of Project Runway, I was smitten with JCK’s Rock Star series from the start. I think JCK is pioneering what journalism is becoming – part entertainment, part talent scout, part branded content. As JCK starts to think about a second season of this show, I wanted to suggest some ways in which the distribution approach and the brand inclusion could evolve.

JCK online, along with Swarovski Gems, challenged five acclaimed designers to create jewelry using Swarovski gemstones in the 12-part series, Rock Star. The three judges all have different points of view, one each from JCK, Swarovski Gems, and London Jewelers. Taking advantage of JCK’s multimedia properties, the winning piece will be featured in an original photo shoot in JCK’s June 2012 issue and will be showcased at the next JCK Las Vegas show.

One obvious missed opportunity is that London Jewelers and Swarovski are seemingly not sharing the content on their own platforms, but I won’t delve into that, but rather focus on increasing distribution through more brand inclusion, leveraging brand loyalty, and platform placement.

A piece of jewelry is typically presented to its recipient as a gift. Opening the box can be as exciting as the jewelry within. There is quintessential packaging that accompanies a piece when presented, like the blue Tiffany’s box or the red Cartier box. Each manufacturer or designer has their own brand aesthetic that enhances the piece itself. Thinking like the industry and trade focused audience of JCK, could Rock Star also partner with a packaging design company to align each designer with a packaging architect to help define and design the accompanying presentation both as an individual piece for gifting and as a collection of pieces seen in a jewelry case? JCK could even use this brand sponsor to write articles for JCKonline.com about the right way to showcase prized pieces of jewelry in a sea of jewelry often found at retailers.

Swarovski Gems has 1.7MM Facebook fans, but an overview of their content shows no sign of the Rock Star video series. Although Swarovski’s audience is not trade focused, it is people who show an interest in sparkle and gems and would probably love to see the making a piece of jewelry from start to finish. Why not engage with that fan base and interact with them to find out their thoughts on the pieces being developed? Engaging a loyal audience and bringing them into the decision helps to build an authentic relationship with fans who already own or aspire to own a piece of Swarovski jewelry. If the piece they choose wins, and is manufactured, they will feel a connection to it.

Season 1 of Rock Star was only hosted on the JCK Online channel. Move that content to a YouTube channel and make it feel more like a TV show, with specific times for viewing the content. Make it more appointment-based viewing and less willy-nilly. Quirky has the right idea with their online show hosted on the Sundance channel. It’s the same idea as Rock Star – talented individuals submitting ideas to judges who determine its merit. However Quirky’s online show is on Monday at 10pm, has community engagement, and is hosted outside of it’s own platform.

JCK is on the right track and I am excited to see where it goes next. With a few tweaks, it could really sparkle! (sorry, had to be done.)