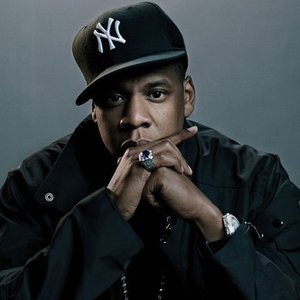 The Power of Transmedia Storytelling

In a highly fragmented media market, more and more brands are turning to the art of transmedia storytelling to turn online interaction into offline action. For those of you that aren’t familiar with the term, transmedia storytelling is the “technique of telling stories across multiple platforms and formats.” Think about the stories you tell? Can you move beyond the blog, Twitter, or Facebook to tell your story?

I was introduced to the concept of transmedia storytelling by Russell Sparkman of Fusionspark Media, and as I’ve started to watch its evolution, I happened on Jay-Z’s book release as a great example of this new marketing tactic.

Last November, as he geared up for the release of his book Decoded, Jay-Z started giving his book away for free. The book, which retails for $35, was reprinted and plastered all over the world. Droga5, the ad agency behind this project, placed excerpts from the book in locations relevant to the content.

Bits of Decoded appeared everywhere from “billboards to bus shelters, to swimming pools and pool tables; from Gucci jackets to burger wrappers and bronze plaques to Cadillacs.”

In addition, Jay-Z partnered with Microsoft’s Bing search engine to build a Bing Maps interface that allowed fans from around the world to locate and read the entire book’s content in a four-week crowd-sourced treasure hunt.

What were the results? Well, Jay-Z’s book debuted on the New York Times bestseller list at number 3 and he sold millions of books. (Decoded stayed on the bestseller list for more than 19 weeks.) But, in addition, millions of new users tried Bing’s new mapping software. So, is this a Jay-Z ad campaign or a campaign for Bing?

Brandscaping (our concept of partnering with other brands that have access to your audience to create great content) led to a giant win for Bing and Microsoft. In fact, Bing’s Decode Jay-Z campaign wasn’t for Jay-Z’s book, but a way to engage consumers with Bing’s new mapping software. Through partnering with each other, both parties saw huge success in a short amount of time. As clues to finding the next page of the book were released, Bing saw their traffic increase by millions of new users. By the end of the campaign, Bing lurched into the top ten most visited sites in the world for the first time.

Here’s a great video that Droga5 produced that helps bring their success to life:

As you’re looking to expose your brand to a new and valuable audience, think about the kinds of content partners you can work with that create a symbiosis of objectives and lead to success for all. Who’s already got great content, an audience, and the desire to extend their reach? Success can be a content marketing quick-win.