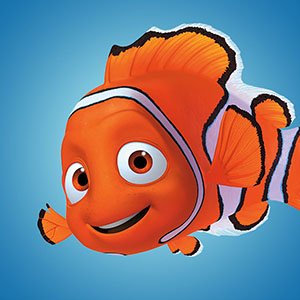 Clownfish and their Symbiotic Friends

In 2003, Disney and the talented team at Pixar released their latest animated film, Finding Nemo. The delightful film followed a desperate clownfish in search of his son stolen from their coral reef. The underwater adventure follows Nemo’s shy father all the way from their home on the Great Barrier Reef to the hustle and bustle of Sydney Harbor.

The animators at Pixar are famously meticulous in their desire to create realistic animation sequences and Finding Nemo was no different. The team assigned to animate the flora and fauna that live in the ocean spent an entire year researching the creatures that inhabit an ocean reef where Nemo’s clownfish family would make their home.  This team was “…responsible for the film’s rich and vibrant opening scenes and building the anemone home of Marlin and Nemo. Their challenge was to create a caricatured version of the coral reef that would suit the purposes of the story.” In order to do this, the animators at Pixar had to learn a lot about clownfish.

Clownfish, with their distinct orange, black and white stripes are certainly a fascinating species of fish. They conveniently make their homes in a poisonous sea anemone in the coral reef. However, a mucus coating protects the fish from the potent poison of the sea anemones in which they live. The clownfish are the only species of fish that can avoid the paralyzing effects of the anemone’s sting, making it the perfect place to lay their eggs and raise their young. The relationship between the fish and the sea anemone doesn’t end there. Clownfish and anemones live in perfect symbiosis. The Clownfish defends the anemones from Butterfly fish, who love to eat anemones and on an even more biological level the excrement from the Clownfish provide essential nutrients for the anemones.

Even the release of the film Finding Nemo had a symbiotic relationship with the aquarium business. As families watched the movie demand for aquarium fish increased. “Parents whose children who fell in love with Nemo at the cinema are seeking out the clownfish in ever greater numbers, leading to over-harvesting of wild specimens because captive breeding programs cannot cope with demand,” said Hannah Strange, an environmental reporter for Times Online. The film’s release itself had an unbelievable effect on clownfish populations around the world. As scientists clamored to determine whether the release of Finding Nemo actually caused a global decrease in clownfish populations they honed in on one disturbing fact: “the population density of clownfish in areas closed to fishing and collecting was as much as 25 times higher in areas where fishing and collecting are allowed” after the film’s release. The scientists concluded that in less than a year, Finding Nemo had contributed to a precipitous fall in the global population of the fish featured in the film. They even named the environmental impact a media property can propagate in the wild the “Nemo Effect.” This isn’t the first time Disney’s inadvertently caused a run on pets. Ironically, even in 1961 Disney caused a jump in consumer demand for Dalmatians when they released the film 101 Dalmatians.

In nature, there’s a classification for this kind of potentially destructive symbiosis as well: parasitic symbiosis. Parasitic symbiosis is characterized by a relationship in which one party benefits while the other is harmed. Obviously, the release of Finding Nemo had a tremendously positive effect on the sales of aquariums and a demonstrable negative effect on the environment. Still today, eight years after the movie’s debut I can buy a Finding Nemo branded aquarium at Walmart for thirty dollars. Meanwhile, the environmental impact on clownfish as a result of their appearance in the film has been devastating.

Oddly enough, Finding Nemo itself seems to reinforce the fact that keeping fish in a fish tank isn’t the right thing to do. As Sara Osterhoudt, a Yale doctoral candidate explained, “Overall, the movie’s message seems simple: fish are unhappy trapped in tanks. Yet did kids get the point? As clownfish sell out across the country the answer seems to be: not quite. Children want their own Nemo.” The goal of all participation creation should be mutualistic symbiosis. Could Disney, aquarium salesmen, pet shop owners, the cast of Finding Nemo and even non-profit environmental agencies have teamed up to find a more productive and long term way to benefit from the creation of the film Finding Nemo? Is it possible that even before animating a frame of the film Disney could have partnered with the aquarium industry to find out what kind of fish should take the lead role in a major motion picture? Let’s take it a step further, perhaps the aquarium industry should have underwritten part of the movie itself with a clear understanding of the potential impact on sales.Mutualistic symbiosis isn’t new, it’s a product of nature. Surely, Disney was aware of the impact 101 Dalmatians had on the pet business and could have used it to fund their fish film.

Let’s assume that there are 8,700 pet stores in the United States that sell fish. What if each store invested $1,000 in the making of Disney’s Finding Nemo, in exchange for their insight into the aquarium market and a share of the potential profits (not just in pet sales but in ticket sales.) Disney would have raised $8.7 MM (about 10% of the total film’s budget) towards the production costs of the film and pet stores around the country could prepare themselves for the onslaught of demand they would see after the film debuted.You may think that this is just an alternate form of product placement, but remember, participation creation is designed to be a long term relationship. With movies like Hop (about a bunny) and RIO (about a parrot) released in 2011, perhaps there’s a better way for pet stores to work with, and invest in, the movie industry year-in and year-out in a way where everyone wins, even the clownfish.