Is the Elle and Van Cleef & Arpels campaign one to remember? 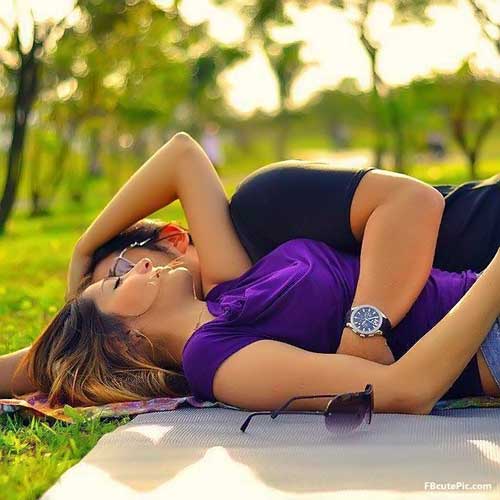 Presented as an attempt to recreate the magic felt when falling in love, The Van Cleef & Arpels Love Stories campaign doesn’t evoke a modern day love affair feel. I am lost within it’s beautiful scapes and models but wonder what would make a young urban female (audience as defined for this campaign effort) to share the video with friends. By rethinking luxury marketing and opening up the campaign to a wider content creation and brand distribution approach, both Van Cleef & Arpels and Elle Magazine may have garnered a larger return.

Jewelry designer, Van Cleef and Arpels, partnered with Elle Magazine to create a 3-part video series, Love Stories. The video features VC&A jewelry worn by a model (Alyssa Miller) who meets, falls in love with, and becomes engaged to her dream guy. The content is distributed on Elle.com and through Elle’s Facebook channel, which combined garner an audience of 1MM and sharing is encouraged though a jewelry give-a-way.

I recently read Kayla Hutzler’s Luxury Daily article about Van Cleef & Arpels’ Love Story campaign with Elle Magazine and submitted an opinion piece to Luxury Daily, a rendition of which I include below.

Thousands of real love stories emerge every day that tell truth behind couples meeting, falling in love, and getting engaged. However, Van Cleef & Arpels decided to use models to depict love struck urbanites who meet in a completely unrelatable manner along New York’s East River accompanied by butterflies. Luxury brands do not strive for universality in storytelling and advertising, but if Van Cleef & Arpels is hoping for a socially relevant campaign, they need to re-think that practice.

The norm for today’s young urban female, the target audience for the campaign, is to update their relationship status on facebook, say I love you or “143” on a text message, and blog about their relationships. They are not gushy romantics. They do, however, get caught up in real urban love stories like NYGirlofmyDreams. VC&A, find those stories and bring them to young “romantechs” in a more modern way by engaging with your built in audience and capitalizing on their love stories through user generated content that builds on the Love Stories 3-part series.

What if Van Cleef & Arpels had partnered with other brands that share a desire to or already do attract a young, female, urban, romantic audience with disposable income? Young, urban, female audience- this sounds like a perfect opportunity for brands like MAC makeup or Guess. With 2.5MM and 1.6MM Facebook fans respectively, together they garner a larger audience than the Elle distribution method, their values align with  the goal of the campaign and they could have worked with Van Cleef & Arpels to create really authentic content that resonates with the audience they already have! And, “guess” who else Alyssa Miller works with? You Guessed it!

If Van Cleef & Arpels had approached these like-minded brands to participate in their Love Story campaign, outlining the benefit of the collective and aggregated audience reach through a concerted promotion strategy, they may have wanted to partner and Van Cleef & Arpels would have benefited from the campaign as well.

The partnership between Elle Magazine and Van Cleef & Arpels is good in many respects, but they missed an opportunity to authentically romance, engage, and woo their audience.