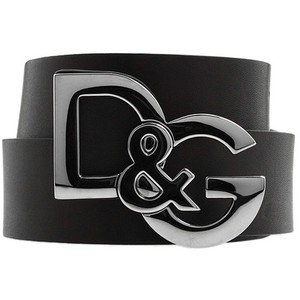 There are many avowed “lifestyle brands” out there today. Many are also quite exclusive; but in today’s world, are they being too exclusive? Are they missing opportunities to build themselves up into media empires that drive the whole lifestyle?

Dolce and Gabbana recently conducted an exciting experiment with a new outlet: D&G Music. Ostensibly, music, especially dance music, seems like a perfect extension for the brand. It fits their aesthetic and audience to a T. They also had a fabulous concept to drive it together.

They created an album that features 17 remixes of a single song written by brand founder Stefano Gabbana in the late ’90s. In order to promote the music, they created a contest to submit user-generated video to their site, so fans could star in the video. The contest is on their site, but it doesn’t even link out to the rest of the album. Nor, does it mention the connection to Gabbana as musical artist.

It’s a good start, but it could have been so much better.

Dolce and Gabbana have a large and diverse marketing universe. Check out their Facebook page for a quick glimpse. They have an incredibly savvy, branded blog called Swide. Nearly everything they have going on feels fresh, urban, and extremely hip. But the D&G music approach felt like a disappointing whimper rather than a roar of effective promotion. Perhaps there is a good reason for this, as they are preparing to close their lower end D&G line of clothes.

Instead of building a home for the clubbing scene and the lifestyle that ties seamlessly with their brand values, they went real small and traditional with their initial splash. So what are some ways they could have proved the concept better?

Weave it into the fabric of the D&G marketing universe

With this album offering, they have the capability to sonically reach out into the clubs where the people who wear their clothes go out dancing.

That club presence alone is an incredibly powerful idea for strengthening their customer loyalty. If I am wearing my D&G out, heck yeah, I am going to get my groove on when those tracks come on. But that sense of loyalty and involvement could also be nurtured online.

It is a smart tactic to seek out user-generated video. But it would have been far more compelling for users if D&G had made more of the story available. They could have incorporated the director and editors of the video into the call to action. Or perhaps they could have had tips from a choreographer. They could have shot video where those creatives explained just what they are looking for in their talent — the fans and consumers.

The promotion only showed up once on their heavily trafficked Facebook page. Why didn’t they make it an ongoing and fun part of the conversation back and forth with their fans, sharing bits and pieces of the story each week. They have lots of fashion oriented videos on their YouTube channel. They could have used the mixes from the album and had clever calls to action at the end of their other videos.

synergize all your marketing efforts. Allow your different teams to communicate. Use everything you have to cross-promote everything else to drive greater interest.

Lead with Gabbana the songwriter

It was very hard to find out that the song “D&G is Love” was written by the brand founder. This is a real missed opportunity. I would be much more likely to send in video if I thought the founder of my favorite brand was personally invested in the results.

This could have been a major driver of interest. But instead, it felt like they didn’t even have a strategy for why they were distributing music. Brands need to think like publishers and media producers. Build the story and the content.

Figure out the unique value of this promotion and lead with it. Let that value permeate the whole thing. Don’t just make the content, sell it with great storytelling.

Dolce & Gabbana has an established vibe. They should be comfortable enough in their own identity to play nicely with other brands who fit their lifestyle. This could be as simple as telling the stories of the DJs who remixed the song.

Partnering isn’t just about sharing resources, it’s about growing your audience. With their unique, high-end, urban feel, they could find partners who reach the same types of people and grow the exposure for their brand and for the music campaign.

To this end of catching more eyeballs, they should consider creating a branded music experience that far exceeds anything their competition is even thinking about. They could be pumping out D&G music videos or branded cinema featuring BMW cars that BMW also has the ability to promote. They could have a specially curated Pandora or Spotify channel that both they and the platforms would cross-promote, giving them an increased reach into the ears of new audiences

They could grow into creating more original music with bands and DJs that have Gabbana’s stamp of approval — similar to what Converse is doing. They could be generating lots of music with amazing artists and then licensing it to partner brands, making a soundtrack for the D&G lifestyle.

When you have a great idea, increase exposure by partnering with brands that share your target audience.

Opening up is exclusive

There are a million ways D&G could open up their approach that would paradoxically drive the sense of exclusivity they already own. If you’re going to bother publishing music, think like a entrepreneurial record label and increase your exposure as much as possible. The best way to accomplish this is to borrow the ears of other brands that match and overlap with their lifestyle.

It’s the lifestyle that is exclusive. Brands need to use digital to let their audience feel like they’re invited into the club. But they don’t need to be the only brand at the club. Everybody dance now.