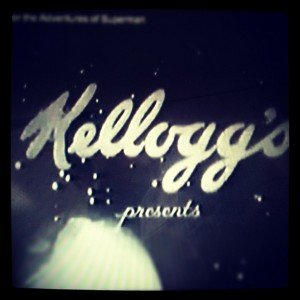 An important angle of our brandscaping formula is that brands get maximum exposure by attaching themselves to quality content through underwriting.

This isn’t a new approach. If you haven’t thought about it before, it’s probably because seamless integration hasn’t generated the same kind of attention as interruption advertising enjoyed during the years of media monopoly. That’s about to change, because underwriting works.

It also provides an alternative stream of both revenue and audience for advertisers and publishers (very broadly defined) that meets the demands of the increasingly niche orientation of media.

Underwriting great content is not only a successful business model, it continues to have a lasting impact on our culture.

Before Gaylord Entertainment owned a vast empire of media properties around the Grand Ole Opry brand, and before TV existed, and before Nashville was Music City USA, the National Life and Accident Insurance company started the WSM radio station. WSM stands for “We Shield Millions,” their slogan at the time.

Thanks to their forward thinking, National Life and Accident Insurance was able to create a platform on which musicians could be heard far and wide. They identified a real need with their audience and, in doing so, essentially created the country music industry.

They paid for the development of significant (now legendary) talent which continues to drive value and culture in Nashville and beyond to this day.

What do you get when a talented zoologist and the CEO of a major insurance company hit it off? You get the invention of nature programming as we know it. Mutual of Omaha’s Wild Kingdom ran for 25 consecutive years, from 1963-1988, establishing a coherent voice for nature and conservation.

Mutual of Omaha owns all rights to the show and was able to leverage and re-purpose many episodes over years of syndication. The content brand was so strong that a new version was started up in 2002 and has aired on Animal Planet ever since. They also have created an interactive website to engage their new, younger viewers.

We all know the Man of Steel. But things may have been different if not for Kellogg’s. From 1940 to 1951, Kellogg’s was a major sponsor of the Adventures of Superman radio show. They contributed to well over half of the 1300 episodes that aired.

The show faltered in production as it tried to transition to TV but was saved when Kellogg’s agreed to underwrite it.

The TV show ran for 6 years, until 1958, with Kellogg’s prominently displayed in the title credits and otherwise integrated. It was a perfect match of sponsor, talent, and broadcaster with an adoring and captivated audience.

The fractured media landscape may feel like Kryptonite to your marketing goals, but in reality it is the Earth’s yellow sun ready to supercharge your brand with new and exciting opportunities to save the day.

We can help you explore your content underwriting options — whether you have an audience or you’re looking to advertise. Get in touch!