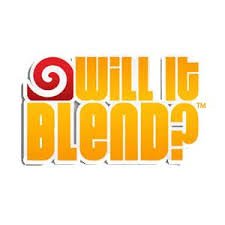 I’ve been fascinated by BlendTec’s WillItBlend campaign from the outset. If you’re not familiar with BlendTec and their funny videos, they’re a wonderful example of creating frequent, relevant, high-quality content and disseminating it using a distributed content model.

WillItBlend.com features hundreds of videos of Tom Dickson, of Blendtec (manufacturer of high-quality blenders), blending everything from glow sticks (around Halloween) to iPhones (on the day the iPhone came out). The videos are fun, relatively short, and come complete with cheesy (think Price is Right) music and silly graphics.

This kind of content is great. It’s simple, extremely repetitive, and most importantly it’s true to the BlendTec brand. Tom, who’s not the greatest on-camera talent in the world, brings his personality and passion for the BlendTec product to the videos and showcases the brute force of their blenders (apparently an important feature when choosing a blender).

BlendTec first debuted their video concept on YouTube in October of 2006.  Today, the BlendTec channel has more than 100,000 subscribers, meaning that each time Tom releases a new video on YouTube, tens of thousands of users see the video on the first day and send it to their friends, who send it to their friends. Their most successful video (blending the iPhone) has been viewed more than 6 MM times.

Great content works. I’ve also been trying to make the argument in my office that great content is inherently valuable. Meaning, the content itself can be monetized. WillItBlend has done this. With the success of the early videos, BlendTec launched WillItBlend.com, a website dedicated to the Will It Blend videos.

Let’s look at the WillItBlend.com traffic versus the Blendtec website’s traffic: As you can see in this chart, WillItBlend’s traffic constantly outperforms BlendTec.com. The trend lines (blue for WillItBlend and red for BlendTec) show that no matter what promotions or offers appear at BlendTec.com, WillItBlend still garners a larger audience.

I’d argue that the content on WillItBlend.com and the web property as a whole is more valuable than the BlendTec brand (speaking in the online world anyway). In addition, WillItBlend.com has begun to generate its own revenue. WillItBlend.com features GoogleAds and they also sell DVDs of the entire series of videos for $9.99. The Wall Street Journal reported in July of 2007 that BlendTec had already generated $18,000 dollars for ads placed at the end of their videos by Revvr, thereby proving that the content itself is valuable.

It’s also been reported that Nike paid BlendTec to blend a pair of shoes. I’ve also heard that Samsung has paid for placement in a Will It Blend webisode. Again, more proof that the content is inherently valuable.

On a personal note, a couple weeks ago on a weekend trip to Costco, I ran into a giant in-store demo booth for BlendTec. It featured the Will It Blend logo from the videos and, of course, the DVDs on sale. The online brand has translated into a real world phenomenon.

So, what’s the value of the WillItBlend.com content to BlendTec? In the chart above, you can see that the top two referrers to BlendTec.com are Google (with 29%) and WillItBlend.com (with 12%). That’s huge. To control all the content on the second largest referrer to your site would be a dream come true. I’m not privy to the conversion rate for the WillItBlend referrers versus the Google referrers, but I’m willing to bet that the WillItBlend traffic generates far more revenue for BlendTec than Google.

If you’re going to create content, keep it simple. Keep it honest, genuine, passionate and engaging. Start treating your content not as a marketing exercise, but with the goal of creating such valuable content that you’ll be able to monetize it at some point. This approach guarantees you’ll be creating good content for content’s sake, instead of content designed just to drive sales or self-serving content that no one cares about except you. Finally, remember that you’re trying to build a relationship with your audience. Will It Blend has created an audience of 100,000 viewers who have a relationship with the brand that is triggered each time a new video is released. Relationships build trust, trust influences buying decisions, buying decisions drive revenue.

My Question to You

What is your content worth? How would you go about monetizing it?