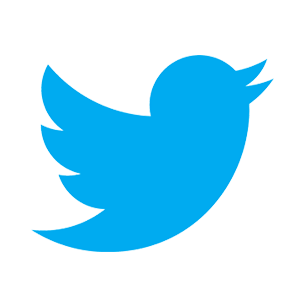 In the past couple of weeks I’ve started to see evidence that Twitter might be entering its Trough of Disillusionment. The evidence you ask?

I’ll admit that the evidence above is fairly circumstantial, but I also believe that the most sophisticated Twitter users are slowly migrating to a better, more effective and much more immersive platform for their micro-blogging fix: Tumblr.com. According to their homepage, TumbleLogs are:

“…the easiest way to express yourself. Tumblr makes it effortless to share text, photos, quotes, links, music, and videos, from your browser, phone, desktop, email, or wherever you happen to be. Customize everything. Tweak everything from colors to your theme’s HTML markup. Even use your own domain name.”

In addition, all the Twitter follower and retweet (Tumblr calls it ReBlogging) functionality is inherant in the platform. Customizing the look and feel of your TumbleLog is encouraged, and its flexibility enables content creators to really develop a unique experience for their audience. Tumblr is nearing the end of its Adoption phase, in Tippingpoint’s Life Cycle Analysis. This means that very soon (I’d guess within the next three months) we’ll see big brands successfully using Tumblr to communicate and participate with the Tumblr community.

Tumblr skews young. According to Quantcast, 12% of their users are between 12 and 17 years old; another 38% are between the ages of 18 and 34. Compared to Twitter, this is a much younger audience. I believe that millions of young adults and teenagers completely skipped Twitter and went straight to Tumblr. In fact, I’ve had conversations with teenagers about Twitter, and their response goes something like this: “Twitter is stupid. Tumblr is awesome.” Teens get it quickly. They understand the value of sharing information online; however, what Twitter lacks is the ability to add context to the content you want to share. Tumblr allows you to do this.

If Twitter is a babbling four year old, going on and on about nothing important, Tumblr is a smart young adult digesting content, commenting on it and contextualizing it for their audience. That’s far more valuable.

My message here is simple. You should be spending AS MUCH time developing and distributing relevant content on Tumblr as you are on Twitter. Don’t just add your Twitter stream to your Tumblr account. (You can do this; however, it’s a rookie mistake.) You should be creating a new type of content for this new content creation and distribution channel. I’m not suggesting that you need to leave Twitter immediately (or ever, for that matter), but you must start experimenting with Tumblr as a platform.

Tumblr will generate some huge ‘celebrity’ hits in the next six months. If you’re not there, you won’t be the ‘next big thing.’

My Questions to You

What do you think of Tumblr? Are you done with Twitter? What’s your Tumblr URL? I want to check it out.