There’s nothing ‘quick’ about QR Codes 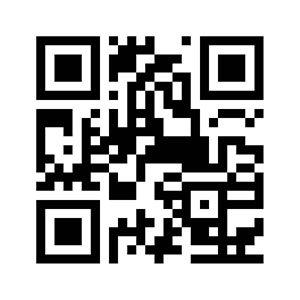 For those of you that don’t know, the ‘QR’ in ‘QR Code’ stands for ‘quick response.’ But the reality is, scanning a QR code is anything but simple, quick, easy, or ever rewarding.

A glutton for punishment

Maybe I’m a digital masochist, but everywhere I go I scan QR codes. It’s an experiment, really. I’m waiting to be wowed. I’m expecting to be excited, impressed, or even mildly engaged by someone’s smart use of QR codes, but I’m not.

This week at the Coverings trade show in Orlando I finally hit my limit. At not one, but two, tile trade show booths they’d put a huge amount of effort into creating QR Code displays using tile mosaics. Genius, I thought. Genius. This must be good.

I opened my phone and found my scanning app. I tried to align my camera with their mosaic. It wouldn’t scan. I tried a different app. I tried taking a picture of the code and then using the picture as the source for my QR code app. Nothing. I tried standing back and moving forward. After, quite literally, five minutes I gave up.

When I asked one of the booth monitors if anyone could get their QR code tile mosaic to scan, she simply shrugged and said, “I don’t know. I can’t get it to work.”

When they do work

A year ago I attended a trade show and the middle of the busy trade show aisle was a giant QR Code mounted on a sign that read, “Visit us at booth #147.” Brad directed traffic around me as I took the time to scan the code. As I waited for the scanning app to launch a browser, which launched a web page, which painstakingly downloaded an image I almost screamed out loud.

The QR code led me to a digital image of the EXACT sign I was standing in front of. The very sign I had just scanned. I don’t need a QR code to get a picture of your sign. My blood boils just recounting the story.

QR Codes are a novelty. Not because they couldn’t be useful, but because marketers use them so terribly! Not one of the QR codes I’ve scanned has really been worth the effort. You need to ask yourself if you’re using QR Codes because you think you should or because they’re actually adding value to the consumer’s experience?

The truth is, I can type a URL faster than I can successfully scan and experience a QR code. QR codes aren’t Quick.

What if QR Codes were actually valuable?